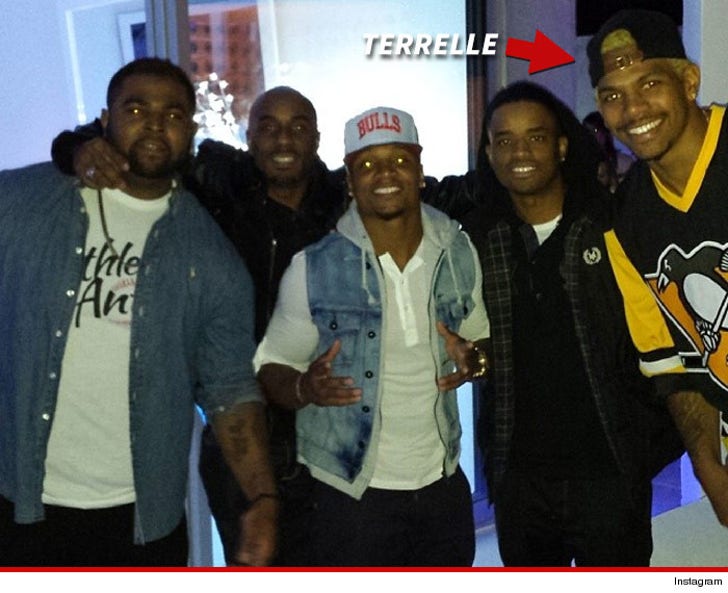 Forget the Silver and Black, Terrelle Pryor was all about GOLD this weekend ... at least judging by his hair.

The Oakland Raiders quarterback hit up Akon's birthday party in Los Angeles this weekend sportin' a bleached blond 'do that matched his Pittsburgh Penguins jersey.

There are reports Pryor wants out of Oakland so bad, he actually asked the team to release him as soon as possible so could play somewhere else ... somewhere that might appreciate him.

Maybe the new hair is Terrelle's first step toward establishing a new identity as a player.