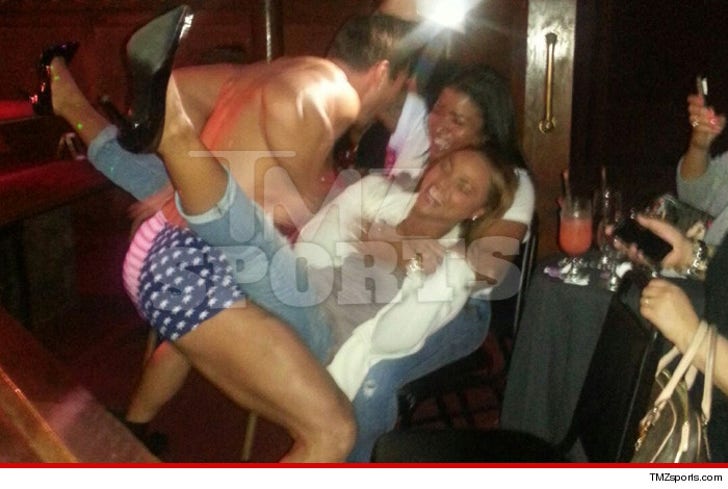 While her man's away, Aaron Hernandez's fiancee will play ... in fact, she got herself a good ol' fashioned lap dance from a male stripper in Rhode Island this week ... and TMZ Sports has the pic.

Shayanna Jenkins hit up The Satin Doll adult entertainment club in Providence on Sunday afternoon ... and threw her legs around some buff dude in a patriotic pair of short-shorts.

We're told Jenkins -- who's facing a perjury charge for her alleged role in the Odin Lloyd murder investigation -- was with several friends and appeared to be having a great time.

Sources say the group "made it drizzle" ... throwing a couple of dollars at the dancers here and there.

As for her man Aaron Hernandez -- he's still locked up in Bristol County Jail ... where the only "adult entertainment" he's exposed to are the racy naked lady doodles he's been penning himself. 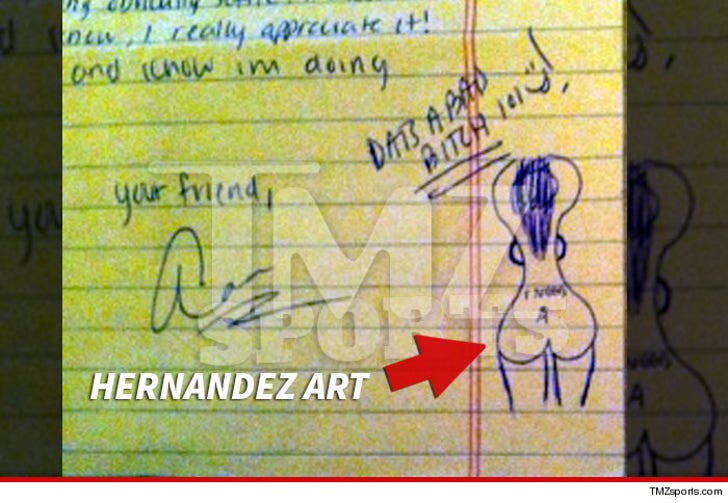