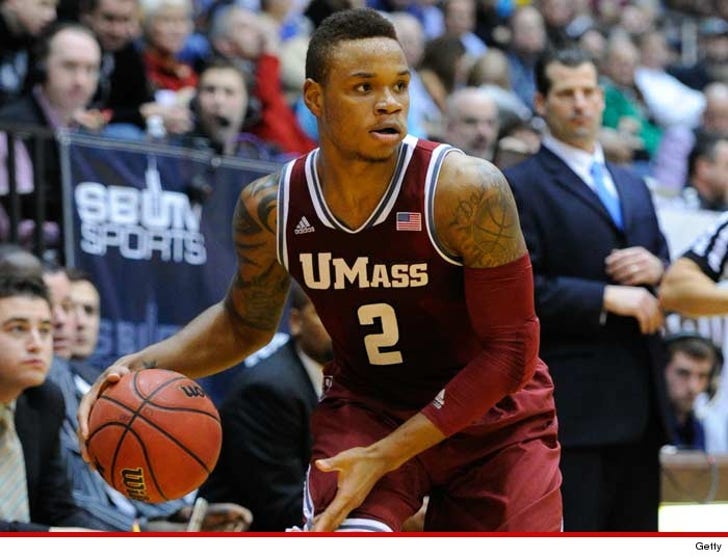 Gordon -- a sophomore starter for UMass -- made the announcement during an interview with ESPN.

"I just didn't want to hide anymore, in any way," 22-year-old Gordon said ... "I didn't want to have to lie or sneak. I've been waiting and watching for the last few months, wondering when a Division I player would come out, and finally I just said, 'Why not me?'"

Gordon says he was inspired by Jason Collins -- who came out as the first openly gay NBA player last year.

"That was so important to me, knowing that sexuality didn't matter, that the NBA was OK with it," Gordon said.

A rep for the University issued a statement saying, "UMass is proud to have Derrick Gordon as a member of our athletic family and to honor his courage and openness as a gay student-athlete."

"UMass is committed to creating a welcoming climate where every student-athlete, coach and staff member can be true to themselves as they pursue their athletic, academic and professional goals."