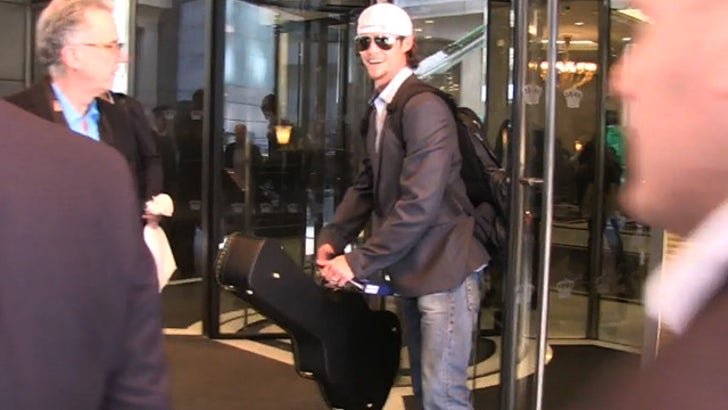 Clay Buchholz and the Boston Red Sox have landed in NYC for their series with the Yankees -- but not without their trusty instruments ... and Clay tells TMZ Sports there's one guy on his team who's got serious rock star skills.

Clay is a huge fan of the guitar -- telling us he plays before and after he takes the mound because it helps clear his mind.

But he's not the only picker on the team -- Clay tells us there's a whole bunch of guys who jam together ... but there's one guy in the rotation who's not only killer on the strings, but can SING too.

After you check out the clip -- click HERE to watch the team's best rocker in action.