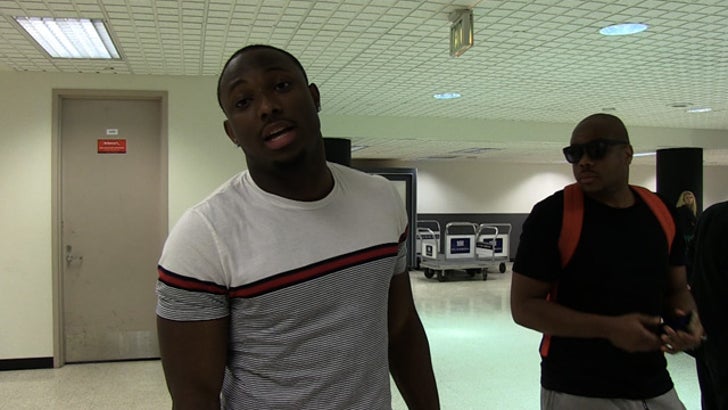 Either LeSean McCoy's son is the most BALLER 2-year-old on the planet ... or the Philadelphia Eagles superstar just took a shot at Tim Tebow ... either way, you gotta watch this clip.

McCoy was at LAX last night, when we asked who he thought was the most talented NFL player without a team -- like Tebow or Vince Young.

We asked LeSean if he was already training his son to follow in his NFL footsteps -- when he told us he ONLY wants his kid to play football if his son wants to ... "It's his decision." Pretty cool, right?

McCoy couldn't have been nicer -- and talked about everything from the biggest star in Philly (Will Smith or Stallone?) to how he thinks his ex-teammate DeSean Jackson will do in D.C.

You're gonna love this video ... unless you're Tim Tebow.