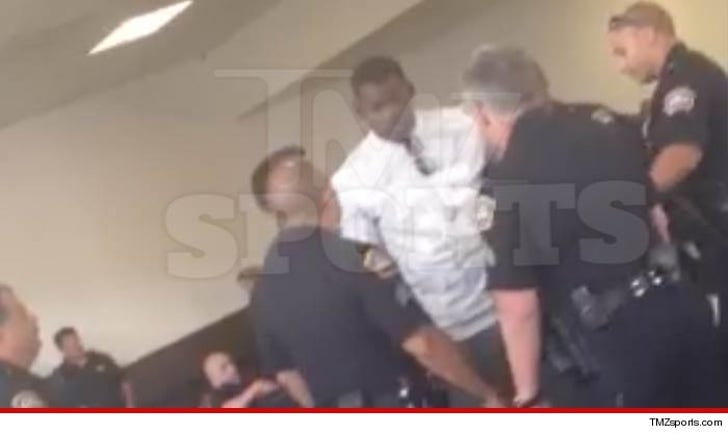 Aldon Smith told authorities to "strip search me" after he allegedly claimed to have been in possession of a bomb at LAX yesterday ... multiple law enforcement sources tell TMZ Sports.

We're told ... after Smith had been confronted for allegedly making the false bomb statements, the SF 49ers superstar copped an attitude with authorities and sarcastically challenged them to conduct a "strip search."

As we previously reported, Smith also told cops they were an "embarrassment" -- and insisted he did "nothing wrong."

Smith was eventually arrested for making false bomb threats at an airport -- and if convicted of that crime, he faces up to one year behind bars.