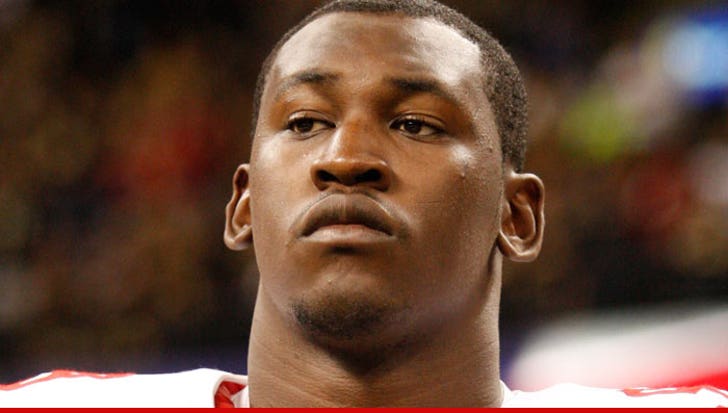 Aldon Smith's bomb arrest in L.A. could cost him in his felony gun case in Northern California ... TMZ Sports has learned.

FYI -- Smith has been charged with illegal possession of an assault weapon stemming from an incident back in 2013. Smith has already pled not guilty to the charge.

Now, officials tell us Smith's arrest in L.A. for allegedly making false bomb threats at LAX this weekend could impact that case.

We spoke to Santa Clara County prosecutor Brian Buckelew ... who tells us his office is "aware of the arrest and is monitoring the situation in Los Angeles."

If Smith is charged with a crime in L.A., prosecutors in Santa Clara could move to significantly increase Smith's bail based on him being a danger to society. His bail is currently set at $50k.

Smith is facing up to 4 years and 4 months in county jail if convicted of the gun charge. The next hearing in that case is scheduled for April 29th.