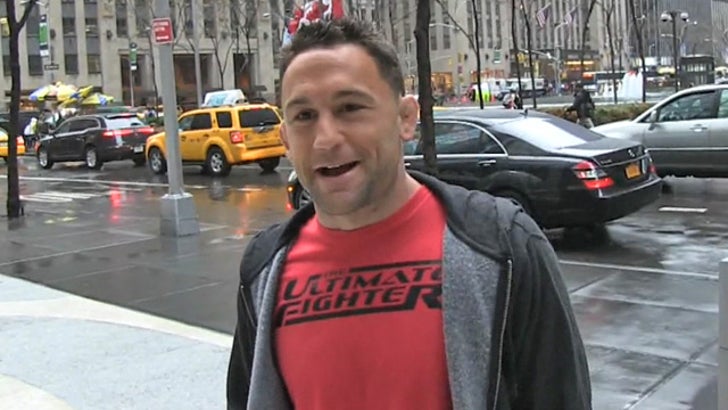 "The Ultimate Fighter" star was out in NYC yesterday when we started talking video games -- and he told us the bloody head-ripping, spinal-cord exposing action from "MK" blew "Street Fighter" out of the water.

But ... it's NOT the greatest fighting game of all time. That honor goes to a NINTENDO classic that had a serious impact on Frankie's training style. Check out the clip.

BONUS: Frankie also reveals the ONE THING he's afraid of in life ... and it's pretty shocking.