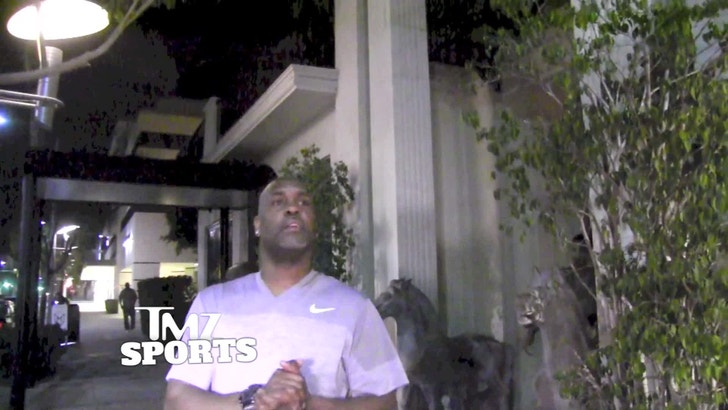 The Glove has spoken ... and he's calling out a whole BUNCH of NBA superstars ... from Stephen Curry to Russell Westbrook and even Chris Paul ... and it's AWESOME!!

Gary Payton was leaving Mastro's Steakhouse in Bev Hills when he talked about some of HIS favorite players in the NBA ... guys like Kevin Durant, LeBron and Westbrook.

But after complimenting the entire lot, Payton threw it down -- saying, "But you know what? I'm the Hall of Famer, so you gotta ride with that!"

"When they get to my level, then they can talk to me!"

We also asked how he felt about the Lakers, Knicks and Celtics all missing the playoffs and Gary dropped another gem -- "It happens. Get a better team. Get a better organization!"

He even gave some specific advice for the Lake Show.

Make sure you watch all the way to the end of the clip -- Gary's "goodbye" is SOLID!!