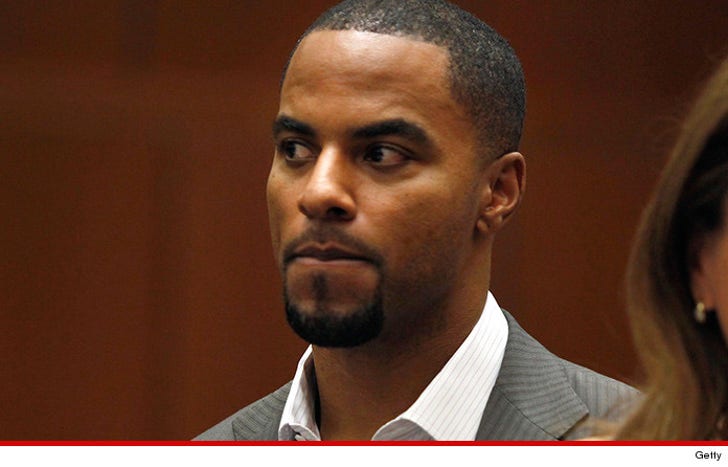 Darren Sharper's future just got even bleaker ... because he's been shut down AGAIN on his plea for bail ... which means he will continue to call jail home ... and maybe for a long time.

So Sharpers lawyer made the case in Arizona today, claiming Sharper had a right to bail in the case involving 2 woman who claimed he drugged and raped them last year in a Tempe apartment.

The judge was half convinced, ruling the case involving accuser #1 was not strong enough to deny him bail. In fact, the judge set bail at a measly $1K.

But ultimately the jail bars didn't swing open, because the judge ruled the case against accuser #2 was strong ... strong enough to deny bail.

Short story ... Sharper will stay in the pokey, where he'll spend a lot of his time preparing for multiple trials in 5 states.