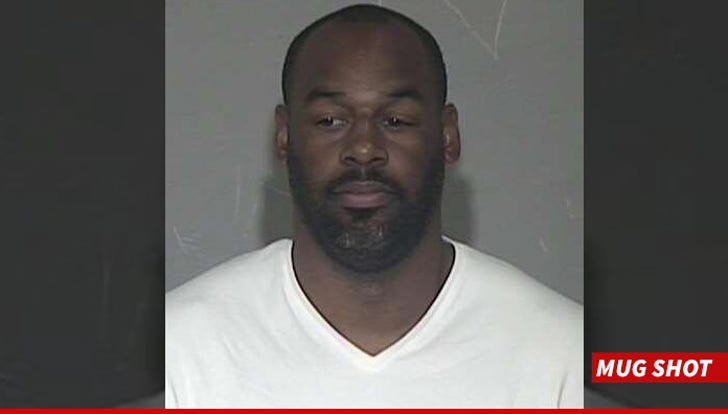 4:45 PM PT -- Donovan's employer, FOX Sports says it's discussed the DUI arrest with him ... and is “convinced that he understands the gravity of his offense and is sufficiently contrite."

The FOX Sports spokesman added ... "The legal process has been concluded and we plan no further disciplinary action at this time.”

Donovan McNabb served ONE DAY in an Arizona jail Wednesday stemming from a DUI arrest back in January ... TMZ Sports has learned.

During the stop, cops determined McNabb was under the influence and arrested him for DUI.

Law enforcement tells us ... McNabb struck a plea deal with prosecutors in which he pled guilty to DUI on March 27 and in exchange he was ordered to serve 1 day in jail.

Sheriff Arpaio issued a statement saying, "I have had other high profile athletes who have been incarcerated with no problems and this latest athlete follows that same pattern."

McNabb was a former Pro Bowl quarterback for the Philadelphia Eagles ... and also played for the Washington Redskins and the Vikings. He's currently an analyst for "Fox Sports Live."