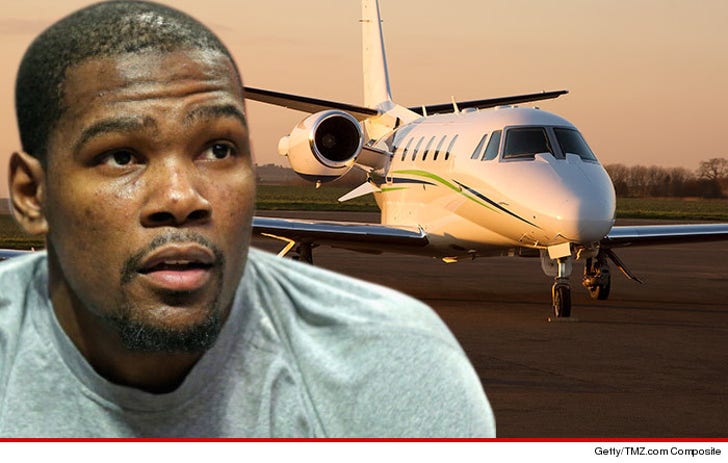 Kevin Durant's travel agent claims she secretly booked flights and hotel arrangements for "numerous women" on behalf of the "KD entourage" for years ... and all she got in return was a lawsuit.

TMZ Sports has obtained a lawsuit Durant filed against Lynn Swanson back in September -- claiming she overcharged him by at least $500,000 for work she did from 2007 to 2012.

But Swanson fired back in docs of her own, filed in March, claiming she earned every penny from KD -- by taking all of Kev's high-maintenance requests ... including late-night calls, last minute requests and confidential arrangements for special ladies.

In the docs, Swanson says she "not only paid numerous speeding tickets and parking tickets for the Durant team, she would also confidentially book flights and make hotel arrangements for numerous women and others on behalf of the Durant entourage -- No Questions Asked!"

She counter-sued Durant for no less than $100k for her troubles.

But after both sides fired shots ... it appears they reached an agreement -- because both cases were dismissed on March 28th when both sides suddenly dropped their claims ... a usual sign of a settlement.

We reached out to Durant's camp -- so far, no comment.