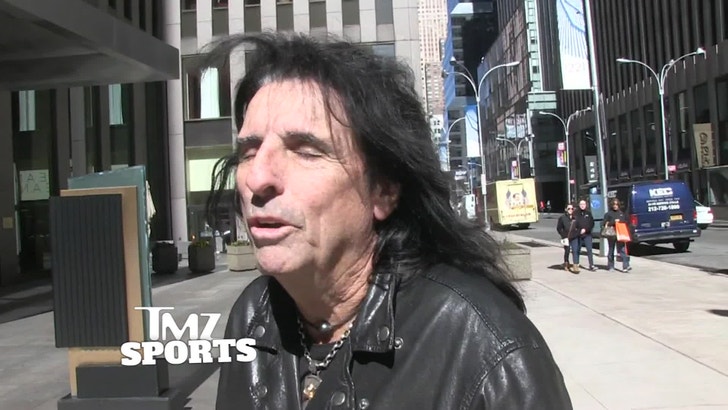 Heavy metal god Alice Cooper says golf isn't just a hobby -- it's his obsession -- and admits that "there was a time when I really considered [turning pro]."

Cooper has a killer reputation on the links -- considered one of the best celebrity golfers alive (he even has a single-digit handicap) ... and his game is so strong, people have often suggested he could hang with the pros.

But yesterday in NYC, Cooper admitted he considered making the leap to the pro level -- but realized as good as he is, the pros are just in a "different world."

Still. Cooper says the golf talent in the celebrity world is STRONG -- and names a couple of heavy hitters you may never have guessed who are actually pretty handy with a club.

HINT -- It's the first time "Back to the Future" and "No Doubt" may ever be mentioned in the same sentence.