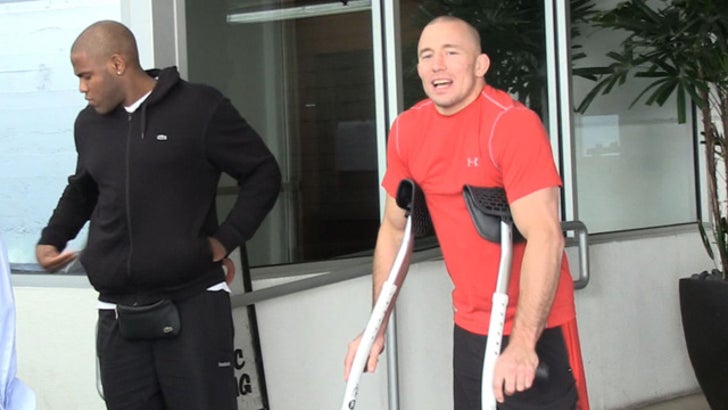 Georges St-Pierre may have a DARK SIDE ... 'cause the UFC legend tells TMZ Sports he has a secret desire to be a villain ... a la Darth Vader.

GSP was crutching around L.A. after undergoing surgery for a torn ACL when we started talking about his cameo in the new "Captain America" flick ... and asked him if he had any desire to play a superhero on the big screen.

St-Pierre said he's always been a huge "Star Wars" fan -- and would love to appear in one of the upcoming flicks ... but only if he can be a BAD GUY!!

He's actually got a pretty good explanation about why being evil would be way more fun ... check out the clip.