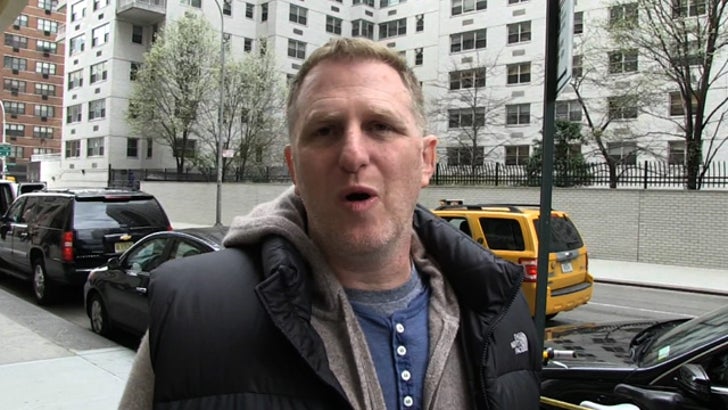 Die-hard NY Knicks fan Michael Rapaport believes if anyone has a shot of fixing Lamar Odom -- it's Phil Jackson ... and his proof is Dennis Rodman.

Rapaport -- who was awesome on "Justified" this season -- was out in NYC yesterday when he told us why he's PUMPED about Lamar joining the squad.

"Lamar Odom is a talent," Michael said ... noting that his relationship with the Zen Master will decide whether he's a failure or a success in the Big Apple.

Michael says Phil has always done a great job of getting people who have "gone rogue" to come back around again -- and pointed right to The Worm.