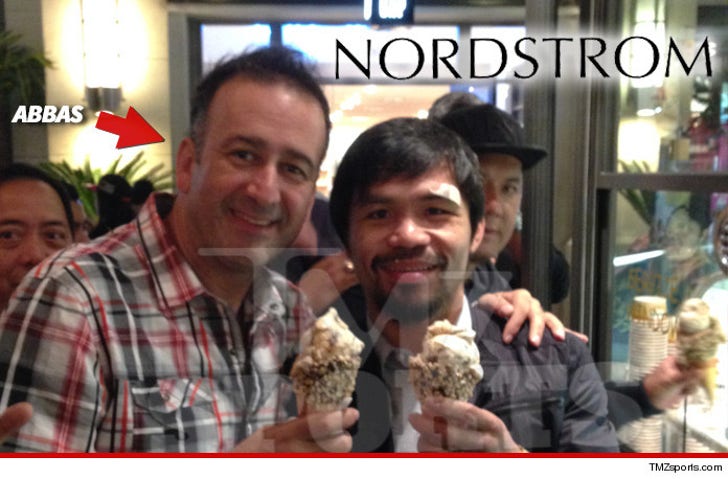 Manny Pacquiao didn't waste any time spending his new post-fight fortune -- TMZ Sports has learned he immediately dropped $20k on a clothing shopping spree for his 50-PERSON entourage ... at Nordstroms!

We spoke with Manny's pal Abbas Ahmadi -- who tells us the whole crew was on the way to the airport on Wednesday when they decided to hit up The Grove in L.A. to pick up some new threads.

We're told Manny -- who was guaranteed $20 MILLION for the Bradley fight -- told the guys to pick out whatever they wanted and he would cover the bill.

The 50 person entourage didn't get too greedy -- with most everyone walking away with 2 shirts and a pair of pants.

We're told Manny splurged on a pair of Ferragamo shoes for himself -- and liked 'em so much, he picked up a pair for Abbas as well.

We spoke to someone at Nordstroms who confirmed Manny spent a total of $20k.

With their new purchases, the gang went over to the nearby Apple store -- where they ran into Justin Bieber ... and Abbas even snapped a pic with the pop star.

Not a bad day at the mall. 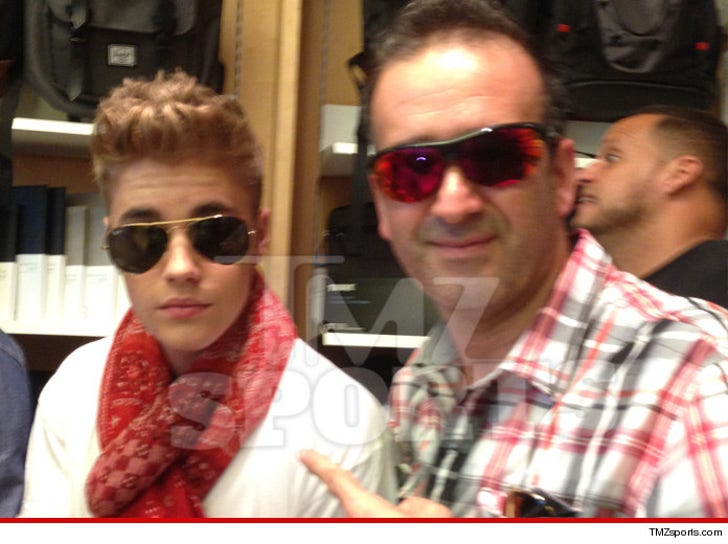