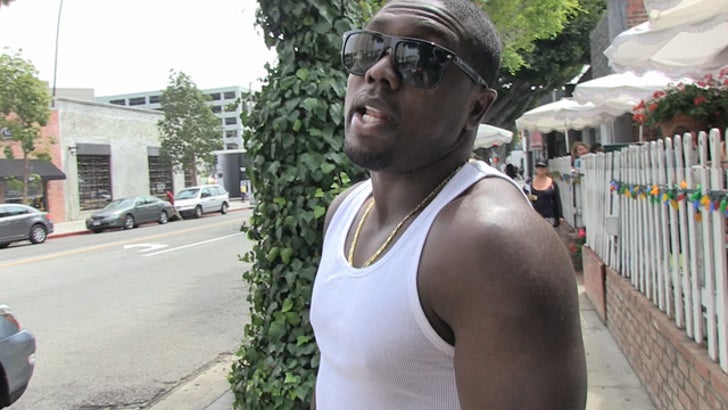 Berto -- a 2-time welterweight champ -- was out in L.A. the other day when we asked if he had any advice for Brown, who's currently behind bars in a Virginia jail.

Turns out, the two are actually pretty good friends -- and Andre says they've trained together in the boxing gym several times over the years.

In fact, Andre says the singer has some pretty good hands when it comes to boxing -- though he doesn't think he'll have to use 'em in jail ... because he's too busy making friends!

Seriously, Andre says Chris is an "amazing guy" who just needs to work on getting his life in order.