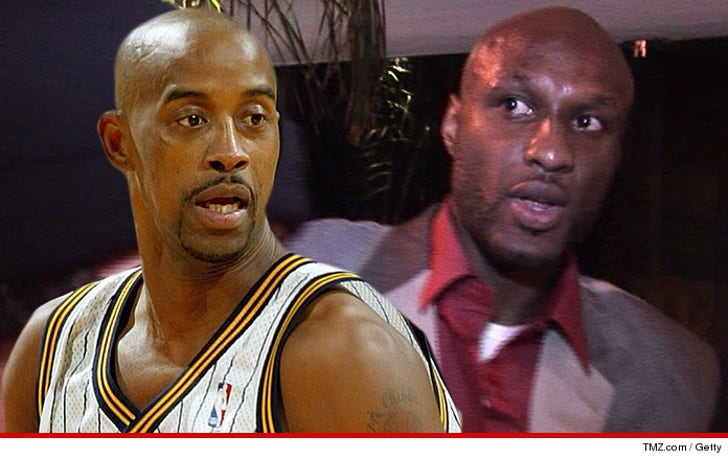 Lamar Odom should get a therapist, stat ... so says ex-NBA star Kenny Anderson who tells TMZ Sports his shrink has been a life-saver ... and it could do the trick for Lamar, too.

We spoke with Anderson -- who spent 14 seasons in the NBA -- and he told us he's rooting hard for Lamar's NBA comeback with the Knicks to be a success ... but says the guy is gonna need help.

"I talk to a therapist once a week," Anderson says ... "Lamar should do that. His mind has to be right."

"You need someone you can talk to who has no hidden agenda. Your mom, dad, brother, sister might not want to tell you the truth. My therapist doesn't care, she tells me how it is."

Anderson also says he doesn't care if people judge him for going to a therapist -- because at the end of the day, he knows it's effective.

"I don't care if people think it's manly or not. I wanna have a good life."

As for Odom, Anderson says there's one major issue he needs to sort out before he steps on the court -- "Does he have love for the game ... or is he just playing for a check?"