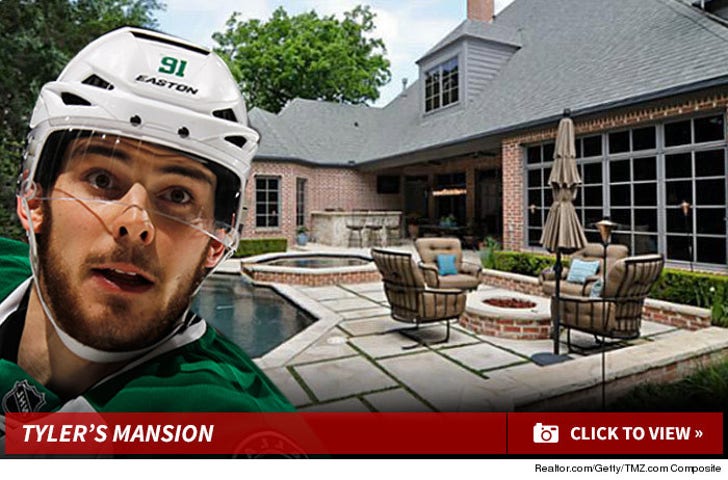 TMZ Sports has learned ... the 22-year-old rising star just bought a huge new place in Dallas ... and the guy he bought it from is Stars legend Mike Modano!

The place is sick ... 7,250 square feet with a full gym, outdoor fire pit, game room with wet bar and a humidor closet ... plus, there's a putting green!

Unfortunately for Tyler, if the Stars don't get their act together against the Ducks in the playoffs ... he could be spending more time at the pad this year than he probably wanted to.