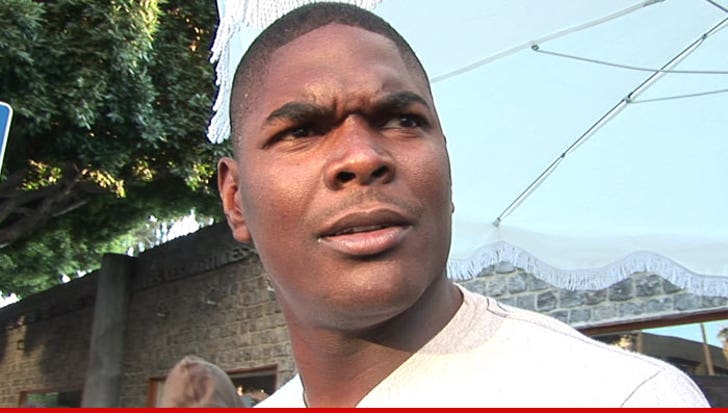 1:34 PM PT -- TMZ Sports has learned ... the woman involved in the incident is Keyshawn's girlfriend of 7 years. Sources tell us ... Keyshawn is adamant he never physically struck the woman -- but acknowledges grabbing her phone and smashing it on the ground.

But it seems the two are working things out -- because moments ago, TMZ Sports shot footage of the two out TOGETHER at an AT&T store in L.A., presumably buying a new cell phone. FYI -- sources connected to the situation tell us Key's GF was not the person who called police -- but rather another person who was there at the time and became concerned during the argument. 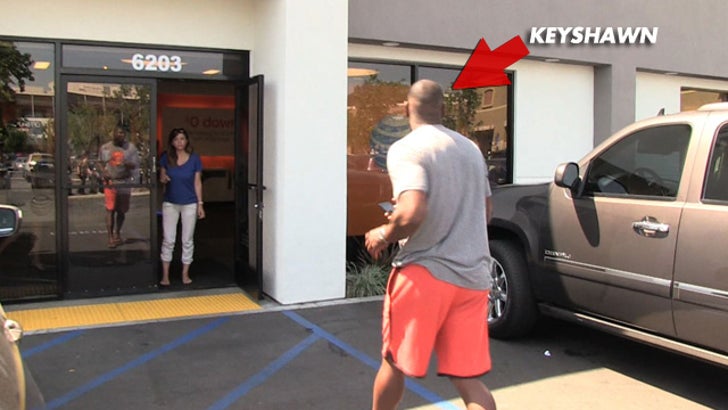 Keyshawn Johnson has been arrested for domestic violence ... TMZ Sports has learned.

According to law enforcement ... Keyshawn was involved in a fight with his girlfriend when things allegedly got physical. Sources say he smashed her phone, causing a gash to her hand.

Our sources say the two had an up-and-down relationship and were arguing over marriage.

Johnson was formally arrested for misdemeanor domestic battery and booked.

Bail was set at 20K. Keyshawn made bail and is now out.

Interestingly ... Johnson was a loud complainer when Justin Bieber lived in his neighborhood ... once almost coming to blows with the singer's bodyguards. 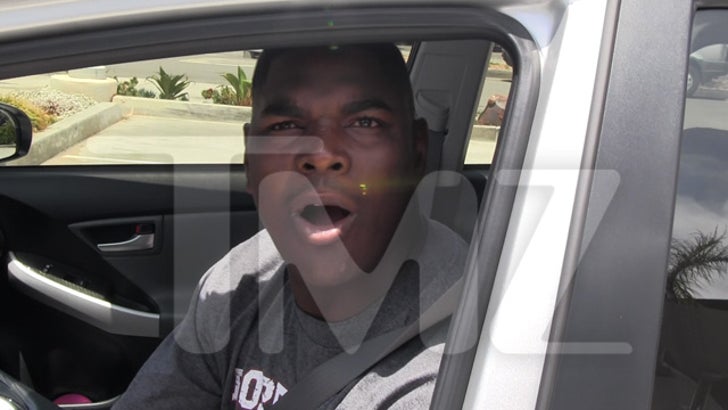