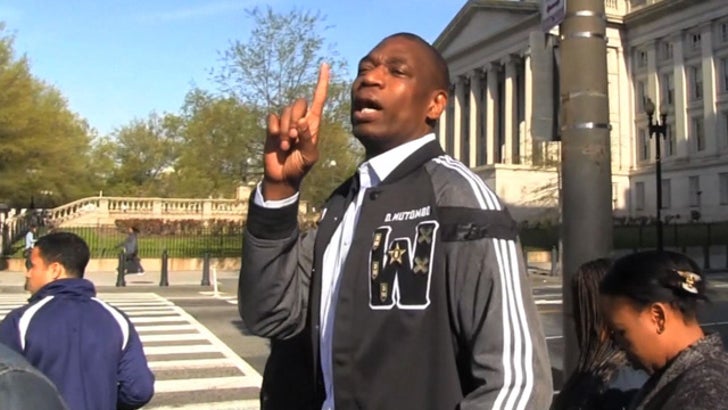 Dikembe Mutombo goes easy ON NO ONE ... not even the President of the United States -- telling TMZ Sports he'd block the hell out of the Commander In Chief if he had the chance.

Mutombo was out in D.C. yesterday when we asked if he would let Barack Obama hit a couple of shots as a courtesy if they ever squared off on the hardwood.

But Mutombo made it clear ... when it comes to scoring, he doesn't cut ANYONE a break -- including the leader of the free world.