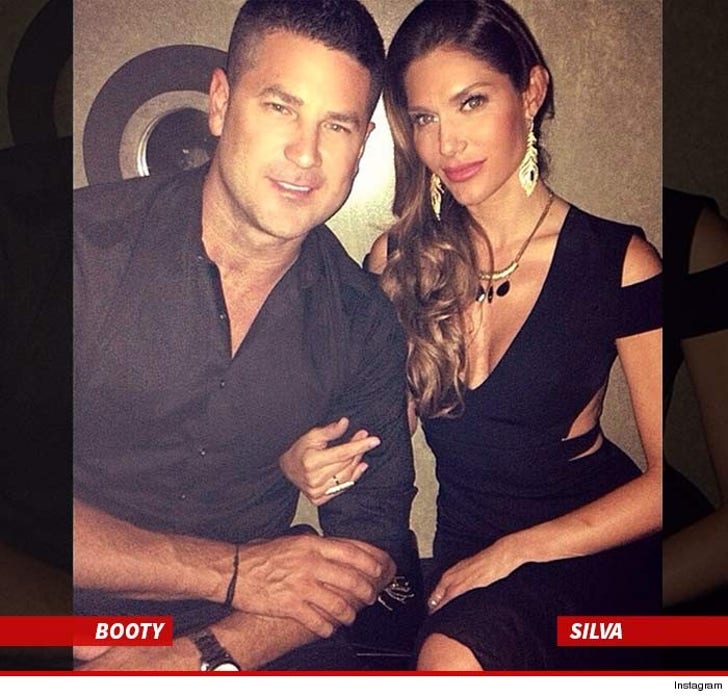 5:07 PM PT -- TMZ Sports spoke with Josh Booty who tells us he NEVER tried to freeload -- has never freeloaded anything in his life -- and claims the drama all stems from a "mad jealous ex trying to get back at us."

Josh also says he didn't realize the situation pissed off the other housemate so intensely and claims he'll move out asap if it'll solve the problem.

Former LSU quarterback Josh Booty is now a deadbeat Hollywood freeloader and refuses to leave a Sunset Strip mansion where he's been crashin' for weeks ... this according to a lawsuit obtained by TMZ Sports.

38-year-old Booty -- along with a smokin' hot model named Nicole Silva -- is being sued by a man who's renting out a room at a sick 3,000 square foot home in the Hollywood Hills.

In the suit, the man claims he and Silva rented out the place together in July 2013 under the condition they were the ONLY two residents in the pad.

But, the man claims, Silva has been allowing Booty to live in the home since March ... violating the terms of the lease ... and he wants the former LSU QB out of the house, stat!

FYI -- it appears Booty and Silva are dating, based off some very couply pics on her Instagram page.

In a lawsuit obtained by TMZ Sports, the man claims he complained to the landlord that he wanted Silva and Booty out of the home -- only to find out Silva CHANGED THE LOCKS on him when he was out of town!!!

Now, the man wants a judge to force BOTH Silva and Booty out of the place, stat -- plus he wants more than $119k in damages.

Attempts to reach Booty -- who led the Tigers over Georgia Tech in the 2000 Peach Bowl -- were unsuccessful.