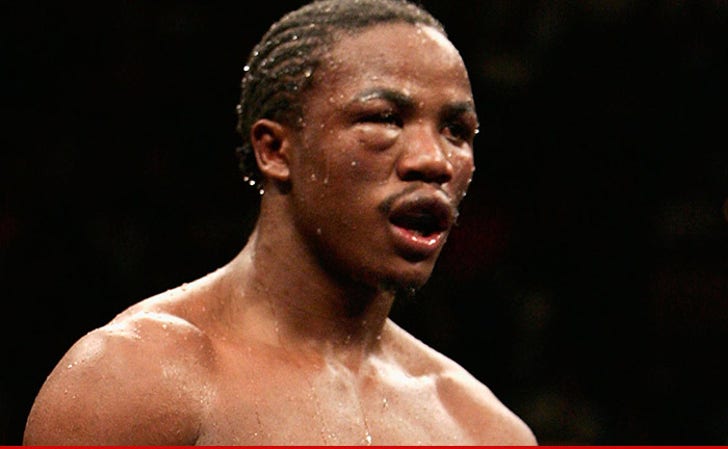 Ex-boxing champ Kassim Ouma has been charged with felony cocaine possession stemming from an incident where he allegedly K,.O.'d a guy who made gay advances toward him ... TMZ Sports has learned.

The L.A. County District Attorney filed the charge against the 35-year-old boxer Tuesday -- stemming from the April 18th incident.

We broke the story ... Ouma told investigators he struck up a convo with a guy he just met in L.A., went back to the guy's home and then got violent when the guy made multiple sexual advances toward him.

Ouma was arrested for battery ... but we're told prosecutors did not file any charges against Ouma for the fight. It's unclear why.

If convicted on the coke charge, Ouma faces up to 3 years behind bars.

We're told Ouma is still in custody and is being held on $10k bail.