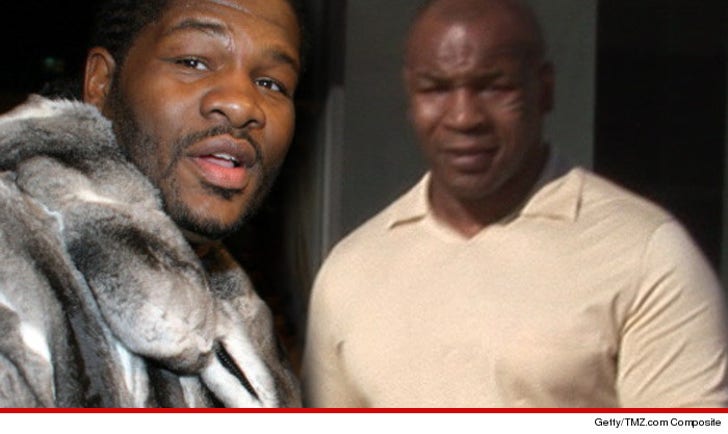 We spoke with "Big Daddy" Bowe who tells us he can still fight at the age of 46 ... and says his confidence level is still through the roof.

Bowe -- who was training to be a pro wrestler in 2013 -- says the proof is in his stats ... "I took Holyfield twice and he took Tyson twice. I'm bigger and quicker than Holyfield. Tyson wouldn't know what hit him."

He adds, "Also, Tyson wouldn't be able to take my ear off because I'm too tall and he can't jump that high."

Of course, Tyson insists his fighting days are over ... but if he ever gets the itch to get back in the ring, Bowe says ... to quote Doc Holliday ... "I'll be your Huckleberry."