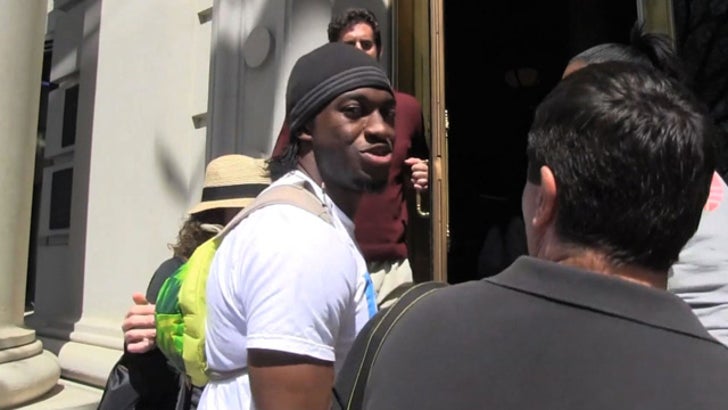 Robert Griffin III knows ... when he goes out to dinner with the Redskins running backs and wide receivers, he's usually the one picking up the check.

But a free meal is HUUGE for guys like superstar running back Alfred Morris -- who, despite being one of the best players in the league, is stuck in his lowly rookie contract worth $2 mil over 4 years.

Now that DeSean Jackson's on the team -- after signing a $24 million contract -- he'll probably get a few dinner checks coming his way in the near future, too.

But for now, props to RG3 for taking care of his boys who slum it in the lower tax brackets.