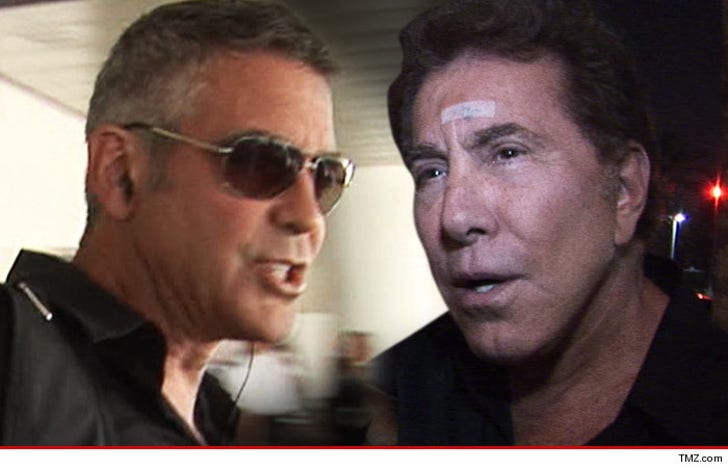 It sounds like an epic dinner. According to Wynn ... Clooney got drunk on tequila shots and when Wynn attacked the President ... he says George hurled an F-bomb and left.

Clooney says Wynn was railing over the Affordable Care Act. He says "I said that the President was my longtime friend and then he said, 'Your friend is an asshole.'" Clooney adds, "At that point I told Steve HE was an asshole and that I wasn't going to sit at his table while he was being such a jackass."

Wynn told the Las Vegas Review-Journal, "When he's [George] drinking, he considers himself a close personal buddy of the President."

Wynn passes a lot of it off to alcohol, saying, "Clooney's fun to be with when he's sober ... If you have a chance to drink with him, you want to get there early, and don't stay late."

For Clooney's part he says there were 9 people at the dinner 2 weeks ago at Botero restaurant at Wynn's Encore hotel, adding, "It had nothing to do with politics and everything to do with character."

For Wynn's part, he says, "Everybody who's in my business -- the casino business -- knows to take actors with a grain of salt."