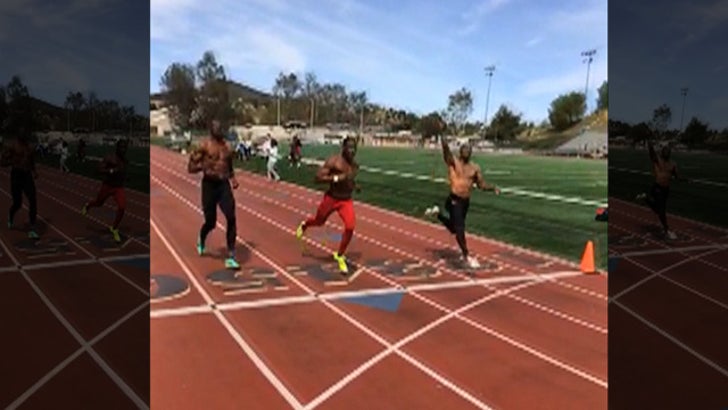 Terrell Owens broke out his track cleats today for a 40-yard sprint against two former NFL players -- Justin Tryon (29) and Paul Pratt (28) ... but in the end, he just couldn't keep up.

It all went down in Calabasas, CA -- where the 40-year-old wide receiver got off to a slow start and just couldn't make up the gap.

Sources at the race tell us ... it appeared Owens beat Tryon in the first race. But clearly came in 3rd in the 2nd race.

Even though he didn't win, we're told everyone at the track was blown away by Terrell's speed.

We spoke to Pratt, who tells TMZ Sports ... "He's faster than he was ten years ago. He should be a #1 receiver on an NFL team."