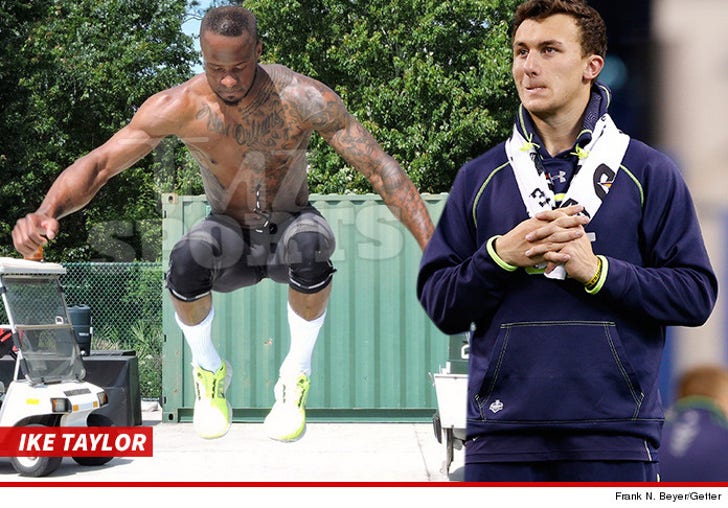 Johnny Football went to Florida ... and left with the support of a whole bunch of NFL vets ... TMZ Sports has learned.

We spoke to Pittsburgh Steelers superstar cornerback Ike Taylor ... who tells us he worked out with Manziel at Coach Tom Shaw's legendary performance camp at the Wide World of Sports Complex back in March.

Taylor says Manziel showed up to the camp with Jon Gruden to film a project for ESPN -- but when it came time for Johnny to hit the field, dude performed like a champ ... excelling in a variety of passing, timing and accuracy drills. Taylor says there were a bunch of NFL players working out a the camp that day ... and they were all equally impressed.

"I like Johnny. He's like a rock star," Taylor says ... "Say what you want, the kid is good. You have to have confidence to play quarterback, and he definetly doesn't lack that."

"I know one thing for sure, he's gonna perform ... and he's gonna hate to lose."