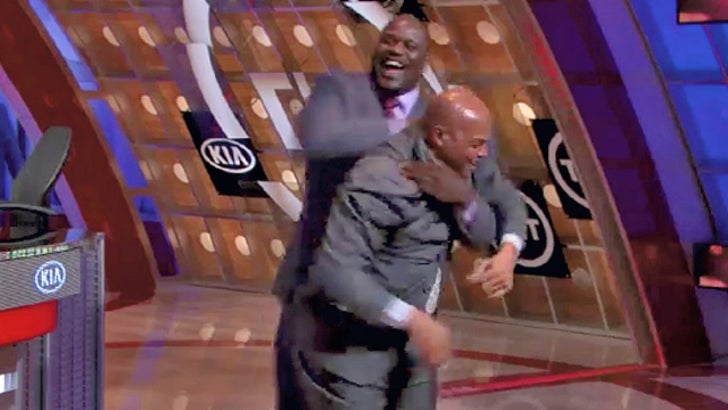 Shaq vs. Barkley ... apparently, this is really happening.

The NBA legends have been joking about fighting each other in an MMA match -- but last night on TNT, it seems the two are actually planning on squaring off on May 14th.

The two have even set rules for the event they're calling, "The Beatdown in A-Town."

As for why they've eliminated punching, Barkley explained ... "I don't want to hurt his face .. you want him uglier on TV?"

Barkley -- who's been training in MMA -- says he plans to choke out the Big Fella ... Shaq respectfully disagrees.

At one point, Kenny Smith asks the two ... "Why are you doing this?"

The answer -- they don't really know ... but it's gonna be hilarious.