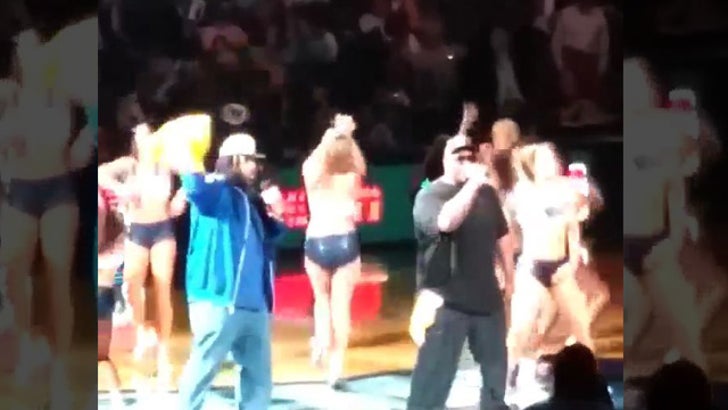 It was like 1993 all over again in Memphis last night ... where the rap group Tag Team hit the floor of the Grizzlies game and performed Whoomp! (There It Is) in front of the entire crowd!!!

Both guys were there ... DC The Brain Supreme and his man Steve Roll'n ... bringin' it all the way back to the year Bill Clinton took over the White House, Anthony Davis was born ... and MJ scored his 20,000th point.

Of course, the crowd went wild for the song ... and it rallied the Grizzlies to beat the OKC Thunder 98-95.

Can you dig it? We can dig it.