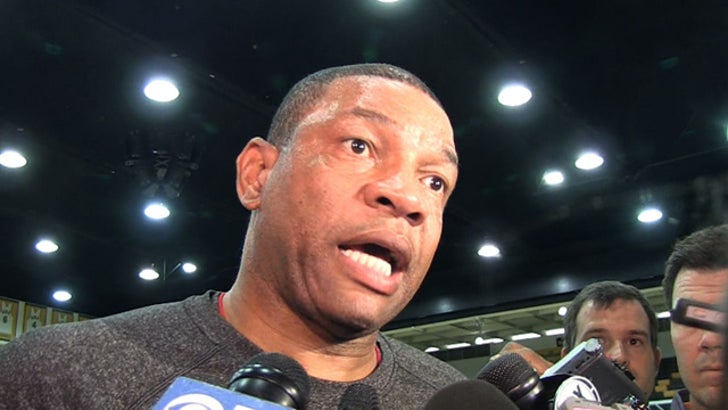 Black or white ... doesn't matter -- Clippers head coach Doc Rivers says every one of his players is angry about Donald Sterling's racist comments and how it could affect them in the NBA Playoffs.

Doc called the team's playoff appearance as a "dream" for his players and emphasized that Donald Sterling had "nothing to do" with them making it this far.

The coach spoke to TMZ Sports before a team practice in San Fran and admitted it was going to be very difficult to get them focused for tomorrow's game against the Golden State Warriors -- but he added, "My job is to try to lead them" through this distraction.

Doc also said none of his players, regardless of race, are happy about Sterling's comments, telling us ... "J.J. Redick is as pissed as Chris Paul."

As for Magic Johnson calling for Sterling to be removed -- Doc pled the 5th, and walked away.