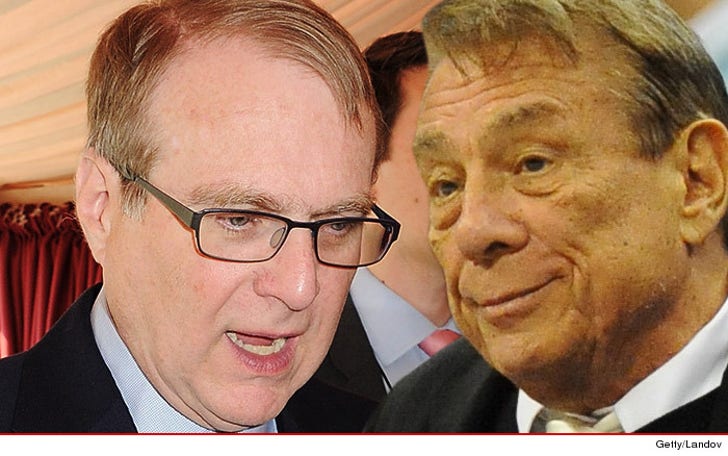 The Microsoft co-founder (and multi-billionaire) said, "The kind of statements attributed to Clippers owner Donald Sterling, if true, are abhorrent, and not acceptable for the owner of an NBA franchise."

Allen added, "We at the Trail Blazers reject any and all such sentiments."

Earlier today ... Washington Wizards owner Ted Leonsis said, "Hate speech demonstrates an ignorance that is unacceptable, and I implore all of us to help eliminate any form of discrimination."

Before today ... Michael Jordan was the only owner to speak out against Sterling's comments.

Allen called for the NBA to take "swift and impactful action."