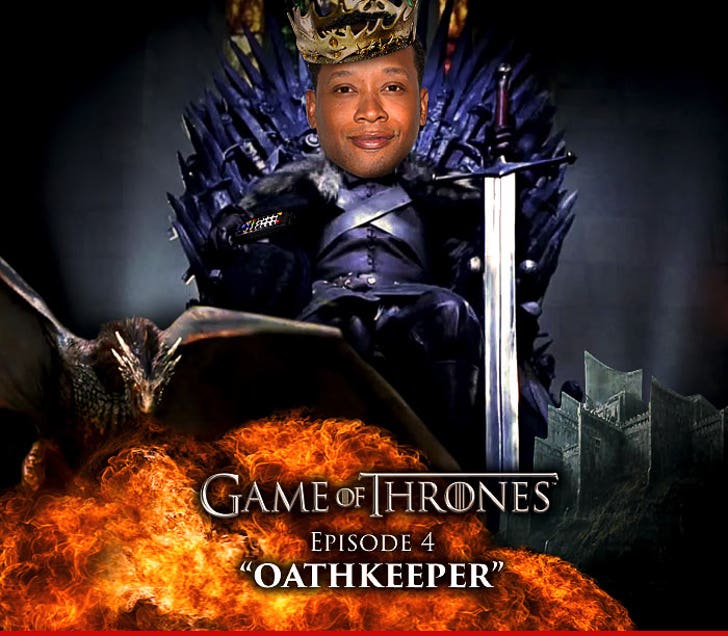 "Always keep your foes confused. If they don't know who you are, or what you want, they can't know what you plan to do next." - Lord Baelish

We begin this week with Dany's continuing quest to free slaves in every city she conquers. Once again, no dragons this week. except for her sigil. Another city is in her hands. Her army is growing, her confidence is growing. Her dragons are growing ... LOOK OUT!!!

Enter Jaime Lannister training with Bronn. Sometimes the least likely people can remind you who has your back. Well done, Bronn.

With a nudge from Tyrion's bodyguard, Jaime finally visits his brother. They have always had an interesting bond. Jaime is one of the more fascinating characters on this show, his evolution continues.

Remember last week I said look out Sansa! My advice hasn't changed a bit. "Littlefinger" Baelish is of course weaving his web on Sansa. One way to keep Sansa in check, make her think she was a part of King Joffrey's murder. Littlefinger at his finest.

Lady Olenna Tyrell, you've got to watch that one. Steering Margaery to a new king's bed, while admitting to disposing of another. Good student Margaery does just as her Matriarch instructs, and the look on Tomlin's face said it all. Of course the future king is enamored by her visit, let's hope for her sake he does keep his secrets. Ambition, indeed.

Sir Jaime Lannister, living up to his name with his recent acts. First, a sword with Valarian steel, then a new suit of armor. Clearly, Jaime has developed a rare connection with Brienne of Tarth.

Although noble intent, sending Brienne on a quest to find Sansa Stark with Podrick serves two purposes. One, he knows they (Brienne/Podrick) aren't safe in Kings Landing. Jaime also knows Sansa isn't safe on the run. Sir Jaime, what shall you do next?

We close this week with the Knight's Watch, a proper mess right now. Where do I start?

They don't really have enough men to properly defend Castle Black. They have a mutiny on their hands at Crasters Keep. Mance Rayder's army is headed from them. Oh yeah, they've also got a spy at Castle Black tracking John Snow to find his brothers. To make matters better, or worst, Brandan Stark is now captured at Craster's Keep.

My vote for most painful scene this week -- Hodor, chained around the neck getting poked and stabbed. Cold World.

For the past several seasons, there have been close connections where Stark children have come close, but have missed each other in passing along their travails. It appears we may get a meeting of Stark children soon?

Finally, we close this weeks episode with a haunting view of how White Walkers are created! Remember that proper mess I mentioned at Castle Black? Well, add White Walkers to their problems.