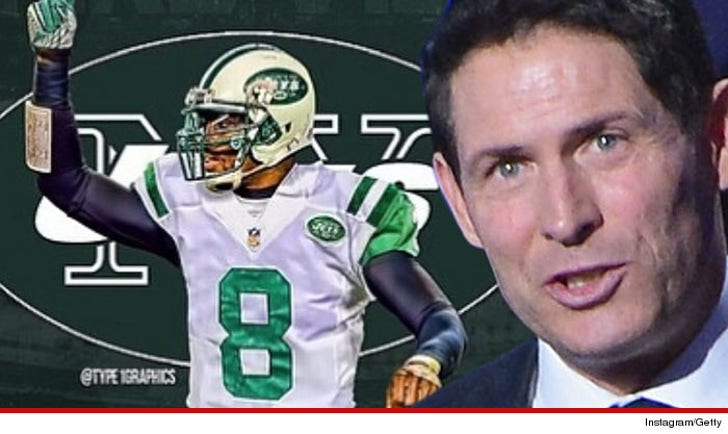 Mike Vick has finally selected his new jersey number -- #8 -- and sources connected to the NY Jets quarterback tell TMZ Sports it's all because of Steve Young.

As we previously reported, Vick decided NOT to go after #7 -- the number he's rocked since high school -- because Geno Smith wore it last year and he didn't want to start a controversy behind the scenes.

Vick posted on his Instagram this morning -- saying, "I want to see everybody in there MV8 jerseys this year. I appreciate all the fans that helped. Fresh start..new me! #JetsNation #GangGreen #V8."

Our sources tell us ... Young was a HUGE factor in the number selection because Vick has always looked up to Steve ... "He's one of Mike's favorite players of all time. Also, he's a lefty, too."

Steve Young won a Super Bowl with the 49ers. Now, Vick is hoping his number will give him the boost he needs to win one with the Jets.