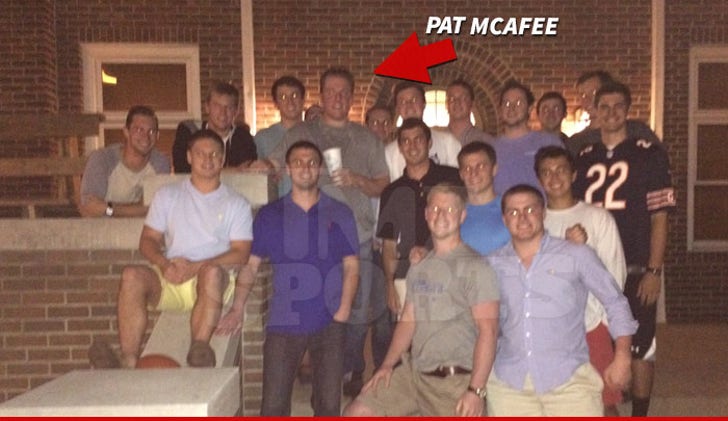 Is it weird for a 26-year-old pro athlete to hang out at a college frat house?

We're told the person who bought McAfee was an Indianapolis woman who decided to gift Pat to her son ... who happens to be a student at Purdue University. In fact, he's a frat boy.

So, the college kid did what any good frat bro would do ... he used the prize to order Pat to the Kappa Sigma frat house ... where the NFL player kicked it with a bunch of the brothers.

We asked if he partied with the guys that night ... and he told us very simply, "I'm too old for that stuff, especially after getting arrested."

Of course, Pat's referring to his 2010 public intoxication arrest ... when he jumped into a canal near a bar he had been drinking at. But clearly, those days are behind him.

As for the frat experience ... Pat says there's no better way to raise money for a good cause and says, "It was a pretty hilarious evening." 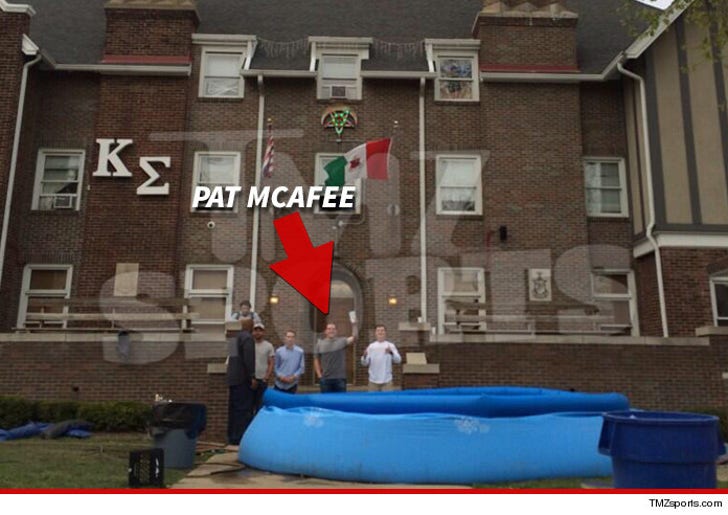