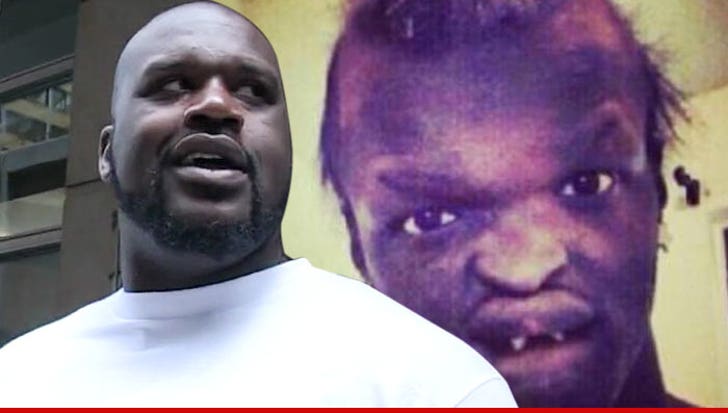 Shaquille O'Neal has called and apologized to a Michigan man with a rare genetic disorder ... who claimed Shaq was mocking him in an Instagram photo.

Shaq tweeted ... "Made a new friend today when I called and apologized to Jahmel Binion. Great dude. #alwayslearning #MYBADCUZ."

Jahmel -- who has a disorder called ectodermal dysplasia -- had said he felt hurt and bullied when Shaq posted a side-by-side picture on Instagram earlier this week.

FYI -- ectodermal dysplasia is a condition that causes abnormalities in the teeth, hair, skin and more.

"I was kinda hurt cause I look up to him," Jahmel told reporters ... "I watched Shaq play basketball the whole season and so I'm like why he making fun of me when he supposed to be this role model?"

Shaq has since removed the image from his page.