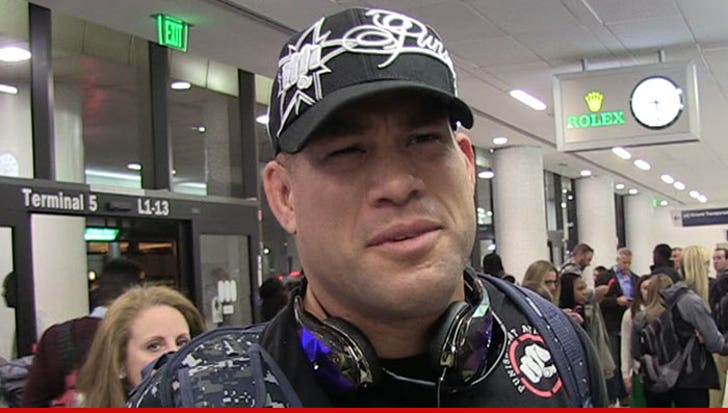 Former MMA fighter Tito Ortiz copped a plea in his DUI case -- from when he drunkenly crashed his Porsche earlier this year -- and lucky for him, he won't be spending any more time behind bars.

Ortiz -- who initially plead NOT GUILTY to DUI -- agreed to change his plea to no contest, and in exchange he was sentenced to 36 months probation and ordered to enroll in an alcohol education program. He was also hit with fines.

As we previously reported, Ortiz was popped in L.A. back in January when he crashed his 2012 Porsche Panamera on the 405 Freeway around 4am.

Cops say Tito blew a .12 on the breathalyzer. He had been partying at the Playboy Mansion earlier in the evening.