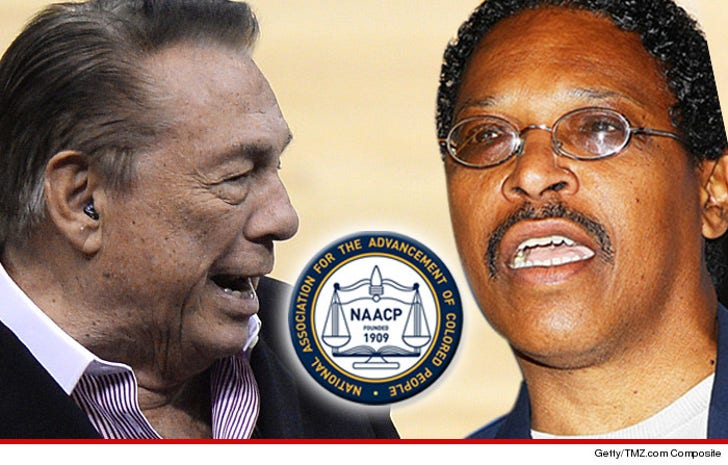 Donald Sterling's almost-lifetime achievement award from the NAACP just forced the president of the group's L.A. chapter to quit -- and TMZ Sports has learned he basically got outta Dodge before he was kicked out.

Leon Jenkins quit his post Thursday evening ... 6 days after we first posted Sterling's racist rant -- putting Jenkins in the embarrassing position of explaining -- to the public and NAACP members -- why the group was weeks away from handing Sterling a SECOND lifetime achievement award.

Jenkins said he was quitting in order to separate the org from the "negative exposure I have caused the NAACP." But one NAACP source put it differently, telling us ... "He knew we were coming for him and we were gonna get him out of there, so he resigned."

Truth is ... even if we hadn't posted the recording -- Sterling was a ridiculous choice. He'd already faced THREE messy and public discrimination lawsuits -- two from the Feds, and one from ex-Clippers GM Elgin Baylor.