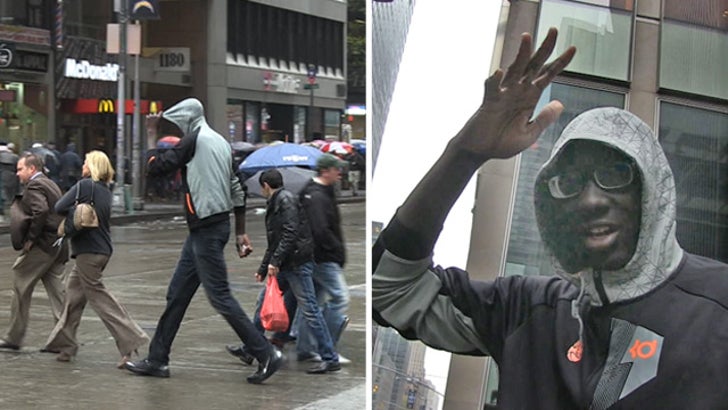 The 18-year-old YouTube sensation -- who wears a size 22 shoe -- was strollin' around NYC yesterday when he told us he's grown 3 inches in the last 8 months.

And ... Elhadji says ... his doctor predicts he'll grow another two inches before he tops out.

FYI -- Elhadji is taller than every single player in the NBA and has an 8-foot wingspan. But the most impressive thing about this guy ... he has a 4.0 G.P.A. and wants to be a biochemist!!

As for where he'll go to college, Elhadji tells us he hasn't made up his mind yet -- and encourages all schools that are interested to reach out, ASAP!