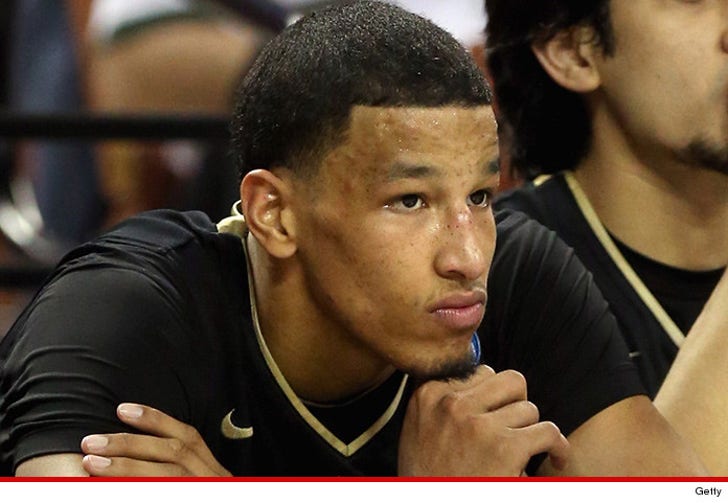 Oklahoma City Thunder rookie Andre Roberson was BURGLARIZED during Game 3 of the NBA playoffs ... but the story has a happy ending, because cops found the suspect ... TMZ Sports has learned.

According to documents obtained by TMZ Sports, Roberson's Oklahoma City home was broken into on April 24th ... the same night OKC played Memphis on their home court (OKC lost btw).

Cops note there was a rash of burglaries in the neighborhood this month ... and a suspect was captured on a neighbor's surveillance camera. He was ID'd as Taron Stevenson.

The next day, April 25th, Stevenson was arrested for DUI -- and after cops impounded the car, investigators discovered an OKC Thunder backpack with a baggage claim check containing Roberson's name.

The bad news ... no word if cops were able to locate the XBox.