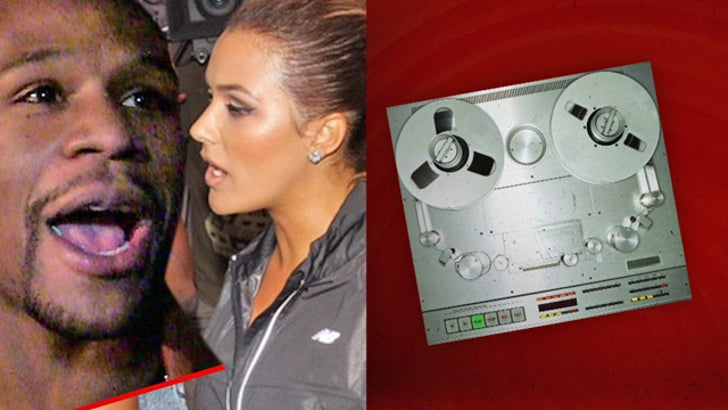 Floyd Mayweather says he told the world about his ex-fiancee's abortion because she DESERVED to be publicly shamed as a reaction to something she did to him.

Mayweather sat down with Big Tigger from V103 and essentially ADMITTED to posting a photo of an ultrasound to social media along with a message blasting Shantel Jackson for having an abortion when she was pregnant with his twins.

During the interview, Floyd said he was told Shantel lost the babies in a miscarriage ... and only found out the truth when a member of the crew on his Showtime reality show saw a medical document that appeared to show Jackson had an abortion.

Mayweather then went on to blast Jackson as a desperate fame-whore who's in dire financial straits.

Floyd said he paid for -- and still pays for -- her mother's home. He also says Shantel sold the Bentley he bought her to have money to live on in L.A.

He added, "I was in love with a person I didn't really know."

Floyd say he paid for Shantel to get all sorts of plastic surgery -- including a fake butt, fake breasts and face work.

But the best part ... after slinging all of that mud, Floyd had the audacity to say he "respects everybody."

Earlier in the interview, he also said ... with a straight face ... "Your private life should be private."