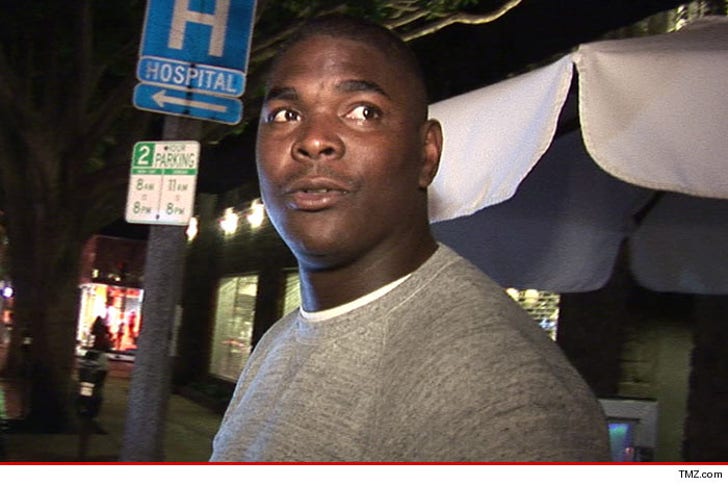 1:00 PM PT -- Keyshawn just issued a statement saying ... "I am pleased that law enforcement acted quickly and that this matter has been fairly resolved."

"The quick decision results from the fact that I should not have been arrested because no crime was committed. I did not and would not touch, grab or strike a woman -- any woman."

"Though Jennifer and I are both pleased that this matter is over, we very much resent the fact that I was ever arrested in the first place. I apologize to my friends, family, fans and colleagues for this matter."

Keyshawn Johnson will NOT be prosecuted for domestic violence ... TMZ Sports has learned.

Law enforcement sources tell us ... the L.A. County District Attorney has rejected the case ... after cops determined the arrest was an overreaction by someone who was speaking on the phone with Keyshawn's baby mama.

TMZ broke the story ... Keyshawn was arrested last month for allegedly wrestling a cell phone out of the woman's hand ... slightly injuring her hand in the process. We're told an argument had erupted when Keyshawn saw his GF reading texts from someone as they were speaking.

As for his baby mama's injury -- authorities now say she sustained a very small scratch on her finger while trying to hold on to the phone and it amounted to nothing.

Law enforcement sources say when L.A. County Sheriff's deputies arrived ... both Keyshawn and his baby mama were surprised and no one wanted to pursue charges. Nonetheless Keyshawn was arrested.