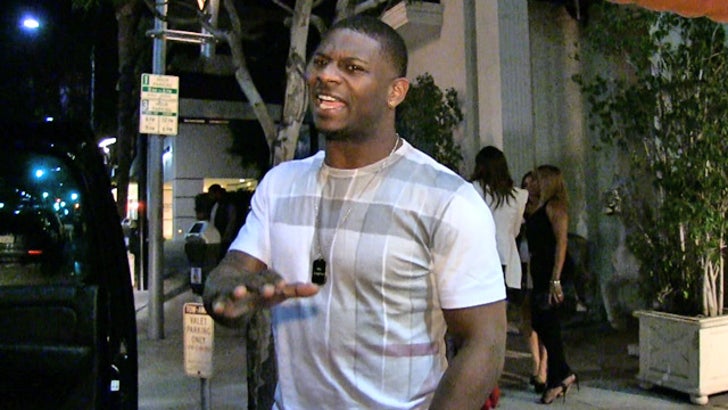 LaDainian Tomlinson could have a future in the WWE ... 'cause the NFL legend tells TMZ Sports he would absolutely be down to get in the ring ... but there's one catch.

LT was out at Mastro's Steakhouse in Beverly Hills the other day when we asked how he felt about his former San Diego Chargers teammate Shawne Merriman trying to hammer out a deal to join the McMahon family business.

"He reminds me of a young Rock," Tomlinson said.

But when we asked if LT would ever join Shawne in the squared circle -- he told us he WOULD ... but it wouldn't exactly be a tag-team situation.