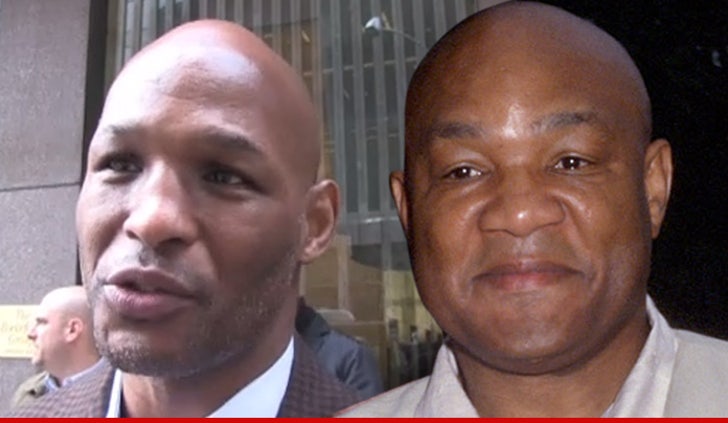 Bernard Hopkins has nothing but respect for George Foreman -- but tells TMZ Sports the legend was DEAD WRONG when he told B-Hop to hang up his gloves and retire.

Hopkins tells us he heard Foreman loud and clear when George called in to TMZ Sports last week and said Bernard's victory over Beibut Shumenov should be his last ... so he doesn't go out a loser or hurt himself.

"I think he was saying it in a caring way," Hopkins says ... "but you watch the fight and say 'What the hell is George talking about?'"

Despite George's warning -- that Bernard needs to accept the fact he's getting old -- Hopkins says, "The average 40-year-old is not in the shape I'm in. I'm beating guys that I could be their father."

Hopkins says he has no plans to retire and will fight into his 50s.

Although they have their differences, Bernard says there's one thing he and George can agree on -- GRILL MONEY!

"If he has a grill opportunity for me ... tell George to call the grill people and we can make a 'B Hop Alien Grill.' I'll give him a percentage." 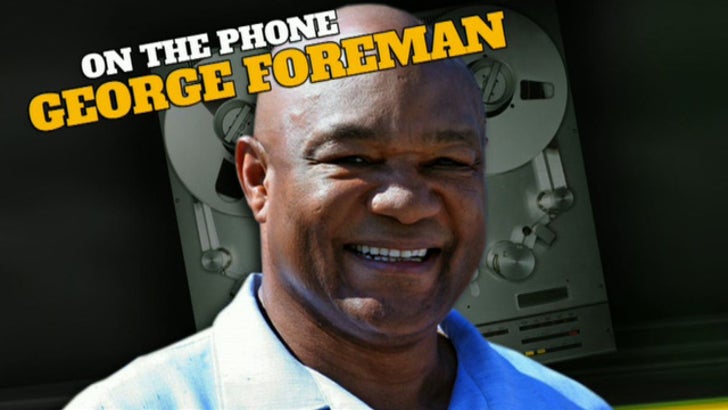