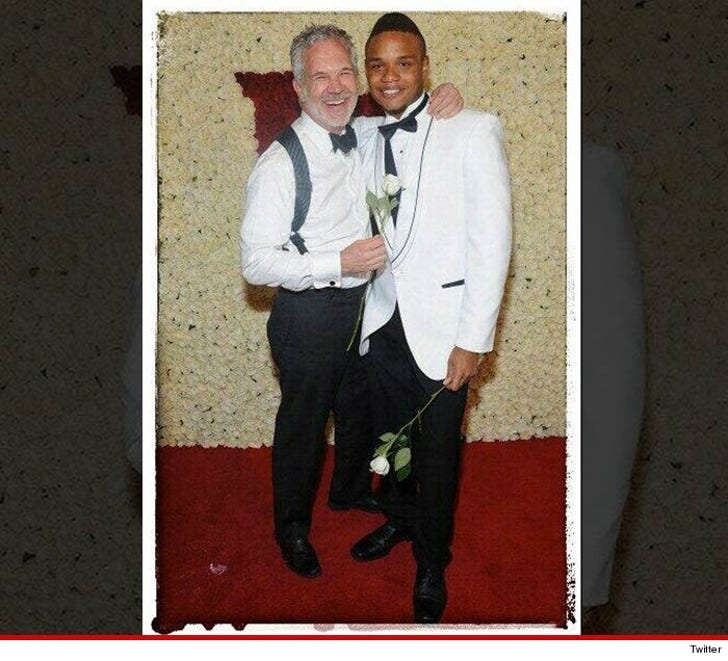 The two arrived to the GLAAD media awards in NYC this weekend -- 47-year-old Gerald was Derrick's date for the evening ... and MediaTakeOut has a photo of the two kissing on the red carpet.

Gordon -- who only went public about his sexuality last month -- was honored at the event ... and afterward wrote, "22 years old now...4 years ago I wouldnt have never imagine my life changing so much and being at the GLAAD AWARDS...IM TRULY BLESSED!!!!"

As for Gerald, he was on "CSI" for years playing the role of Bobby Dawson ... and he's also been a part of several gay-themed movies including "Bear City" and Bear City 2" ... about big hair gay dudes.