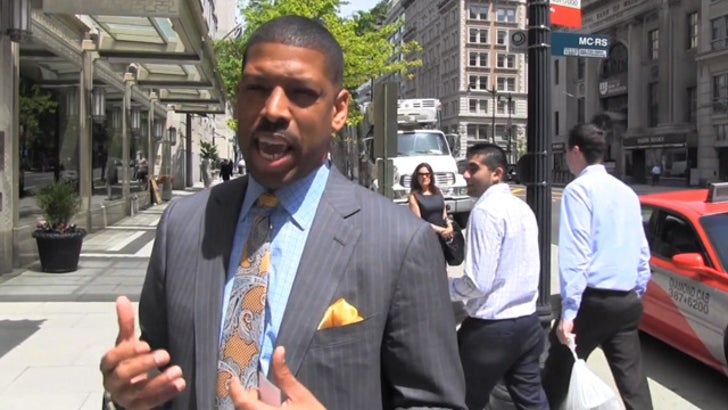 Johnson -- the mayor of Sacramento -- was super influential in Silver's decision to ban the disgraced Clippers owner from the NBA for life ... and moments ago in D.C., he praised the commish for being "so strong and so decisive."

KJ also explained why Michael Jordan's opinions on the matter were so important -- and why basketball fans should feel proud about buying their next pair of Air Jordans.