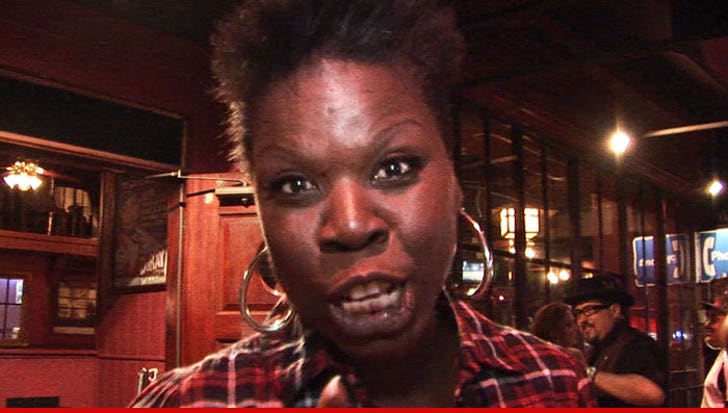 A "Saturday Night Live" actress is under attack by the senior editor of Ebony.com -- who claims a bit she performed on the show where she joked about being a "Number 1 slave draft pick" is an "embarrassment."

The woman in the crosshairs is Leslie Jones -- who performed the bit during the Weekend Update of SNL ... and essentially said in slave days, she would have been the most popular woman on the plantation for forced slave breeding.

But after the sketch, the backlash began -- with Ebony.com senior editor Jamilah Lemieux tweeting, "This Leslie Jones person is an embarrassment @msmarypryor. I'm so appalled right now."

Jones fired back on Sunday -- writing, "If anybody should be offended is white folks cause it’s what they did.”

"Y’all so busy trying to be self righteous you miss what the joke really is. Very sad I have to defend myself to black people. Now I’m betting if Chris Rock or Dave [Chappelle] did that joke or jay z or Kanye put in a rap they would be called brilliant. Cause they all do this type of material. Just cause it came from a strong black woman who ain’t afraid to be real y’all mad."

"So here is my announcement black folks, you won’t stop me and Im gonna go even harder and deeper now. Cause it’s a shame that we kill each other instead of support each other. This exactly why black people are where we are now cause we too f***** sensitive and instead of make lemonade out of lemons we just suck the sour juice from the lemons. Wake up."