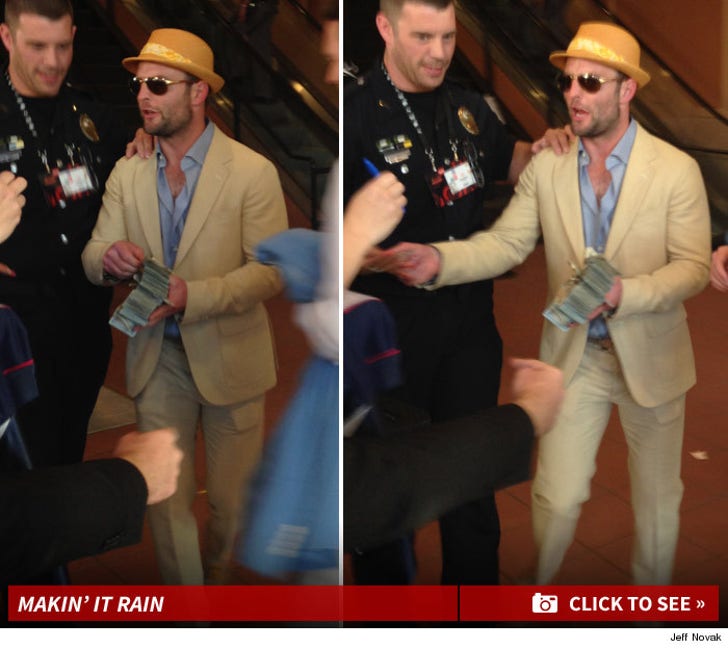 Wes Welker channeled his inner Lloyd Christmas at Churchill Downs this weekend -- passing out $100 bills to strangers after winning THOUSANDS of dollars on the Kentucky Derby.

And people at the race track tell us ... he was in such a great mood, he handed out several $100 bills to complete strangers to celebrate his big victory. We're told he handed out at least $600.

Eventually, race track security advised Welker to move toward the exit before things got chaotic ... but dude, STRONG MOVE, WELKER.