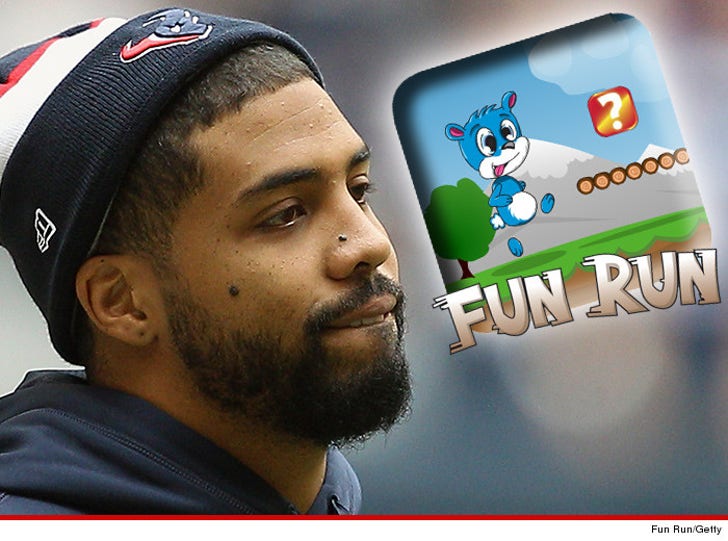 Arian Foster pulled an Aaron Rodgers – and not in a good way – allegedly LOSING a bet he made over the game “Fun Run” and refusing to pay up … TMZ Sports has learned.

The person behind the allegations is “Martyn” – the 3rd ranked “Fun Run” player in the world (“Fun Run” is a hugely popular multi-player cell phone game).

The drama began on April 25th … when Arian challenged the whole internet by tweeting “Fun run king. Come get washed.” Apparently Martyn was feeling dirty because he tweeted back to Arian “I bet you your jersey you can't beat me,” along with a screen shot showing he was the third ranked ‘Fun Run’ player in the world.

Arian’s response “Get On” and oh baby it was on.

However, Martyn says Foster has continued to challenge him in the game – “He obviously wants to beat me."

Martyn --who’s from England-- says he isn’t too peeved about the whole thing because he doesn’t really follow American Football – but notes, “Arian was on my fantasy team this season.”

Foster’s fantasy numbers from last year? 542 yards and ONE touchdown… Martyn should get a jersey just for that.

Attempts to reach Foster were unsuccessful.