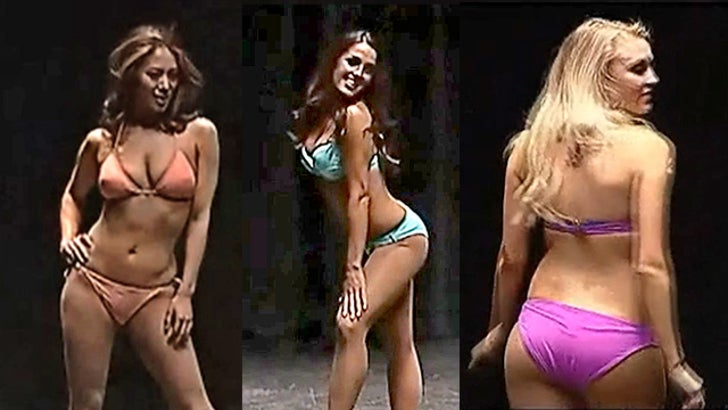 The hardbodies were on parade in Philadelphia yesterday ... as more than 50 women stripped down to their bikinis and battled it out for a spot on the Eagles cheerleading squad ... and TMZ Sports has the sizzling footage.

The audition process was grueling ... with a bikini strut, dancing and an intense interview process in front of a panel of judges that included former Eagles cornerback Lito Sheppard.

The Eagles are expected to reveal who made the squad later today -- but in our book, they're all winners.